Lately I’ve been eyeball deep in noise, ordered dithering and related topics, and have been learning some really interesting things.

As the information coalesces it’ll become apparent whether there is going to be a huge mega post coming, or if there will be several smaller ones.

In the meantime, I wanted to share this bite sized chunk of information.

Three sampling patterns that are most often used when sampling (say, when numerically integrating a lighting function for graphics/rendering purposes) are: regular samples, white noise samples, and blue noise samples.

Regular sampling just means evenly spacing the samples. This sampling strategy can suffer from aliasing, but gives good coverage of the sample space.

White noise sampling just chooses random numbers for where to place the samples.
The random numbers are uniformly distributed, meaning they are just plain vanilla random numbers where each number is equally likely to come up. 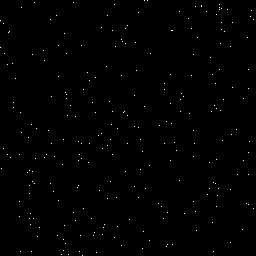 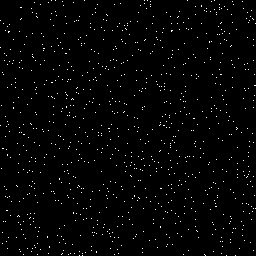 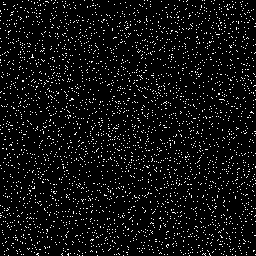 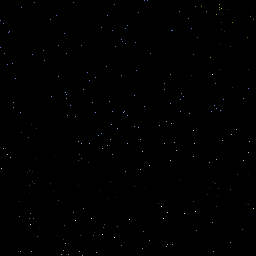 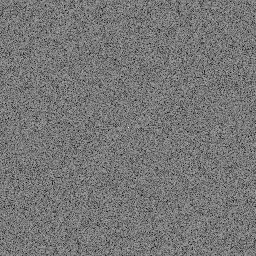 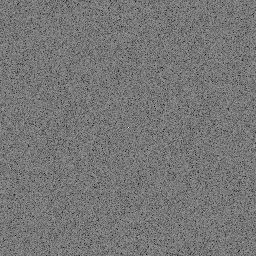 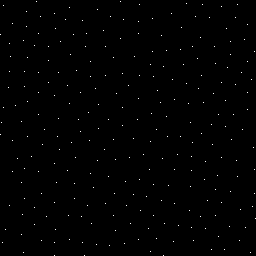 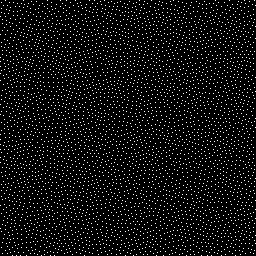 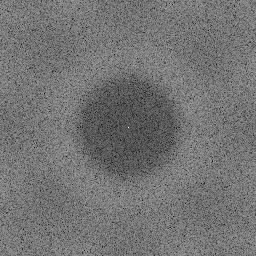 Imagine you were a robot with 4096 light/color sensors. Which of the arrangements below do you think would give you the best information about the world around you with that number of sensors?

To me, the regular grid and the blue noise are a bit of a coin toss, while the white noise version is awful.

Mathematically, blue noise is superior sampling, so maybe this example isn’t the best way to show the value of blue noise.

Here is the real image:

Apparently the photo-receptors in our eyes are arranged in a blue noise pattern. Some people say this is why blue noise is more agreeable with our perception, but since it also helps numerical integration converge faster for lower sample counts (compared to white noise – which wins out with larger sample counts BTW!), it seems like there is a more fundamental reason which would cause an evolutionary advantage for them to be arranged that way in the first place.

The obvious question is: I know how to make uniform and random sample points. How do I make blue noise sample points?

There are multiple ways to do it, but a method that I find very easy to understand and to implement is “Mitchell’s Best Candidate Algorithm”.

The algorithm is as follows:

The algorithm is pretty simple, but there are two other important details that are needed to give you good results:

When I first tried to get this algorithm working, I was generating a fixed number of candidates each time. That gave me these pretty terrible results:

However, when I multiplied the number of existing sample points by a constant “m” as the number of sample points to generate, I got much better results, even when m was 1! (Note: m=0 is the same as white noise in this image. I did NumSamples*m+1 candidates each time.)

If you store existing sample points in a grid, you can speed up the algorithm since it will be faster to find the closest point to a candidate. In the implementation on this post I didn’t do that.

You may be able to multithread this algorithm but I haven’t tried it. The idea would be if you needed to make and test N candidates, that you could split that among M threads, so long as N was large enough to make that worth while. I didn’t do that in this post.

Lastly, instead of working with distance, you can work with SQUARED distance to avoid many unnecessary square root calculations. The example code here does that optimization.

The 1991 paper that described this technique:
Spectrally optimal sampling for distribution ray tracing

Another interesting link on this algorithm:
Mitchell’s Best-Candidate

This algorithm isn’t that great for making dense sample points, or for use in dithering / stippling. Look for a future blog post about those usage cases, but for now, this is a great resource:
Free Blue Noise Textures (and info / examples on blue noise texture usage)

A physics based approach to blue noise distributed samples:
Electrostatic Half Toning

Here is some simple standalone C++ source code which can generate blue noise sample points, and also generated the images used in this post.

It’s also on github (along with the source image) at https://github.com/Atrix256/RandomCode/tree/master/Mitchell

This entry was posted in C++, Graphics. Bookmark the permalink.