I stumbled on something that I found interesting, so wanted to share in case it was useful for other people too.

The c++ code that generated this images can be found on github at https://github.com/Atrix256/U8HDRPMA

I was implementing Inigo Quilez’ “Better Fog” which is REALLY REALLY cool. It looks way better than even the screenshots he has on his page, especially if you have multiple types of fog (distance fog, height fog, fog volumes):
http://www.iquilezles.org/www/articles/fog/fog.htm

I first had it implemented as a forward render, so was doing the fogging in the regular mesh rendering shader, with all calculations being done in 32 bit floats, writing out the final result to a RGBAU8 buffer. Things looked great and it was good.

I then decided I wanted to ray march the fog and get some light shafts in, so it now became a case where I had a RGBAU8 color render target, and I had the depth buffer that I could read to know pixel world position and apply fog etc.

The result was that I had a fog color that has an HDR fog color (it had color components greater than 1 from being “fake lit”) and I knew how opaque the fog was, so I just needed to lerp the existing pixel color to the HDR fog color by the opacity. The usual alpha blending equation (The “over” operator) is actually a lerp so I tried to use it as one.

That becomes this, which is the same as a lerp from DestColor to SrcColor using a lerp amount of SourceAlpha.

BAM, that’s when the problem hit. My image looked very wrong, but only where the fog was thickest and brightest. I was thinking maybe it how i was integrating my fog but it wasn’t. So maybe it was an sRGB thing, but it wasn’t. Maybe it was how i was reconstructing my world position or pixel ray direction due to numerical issues? It wasn’t.

This went on and on until i realized: You can’t say “alpha blend (1.4, 0.3, 2.4) against the color in the U8 buffer using an alpha value of 0.5”. The HDR color is clamped before the alpha blend and you get the wrong result.

You can’t alpha blend an HDR color into a U8 buffer!

As it turns out, premultiplied alpha came to the rescue here, but let’s look at why. As we go, we are going to be modifying this image: 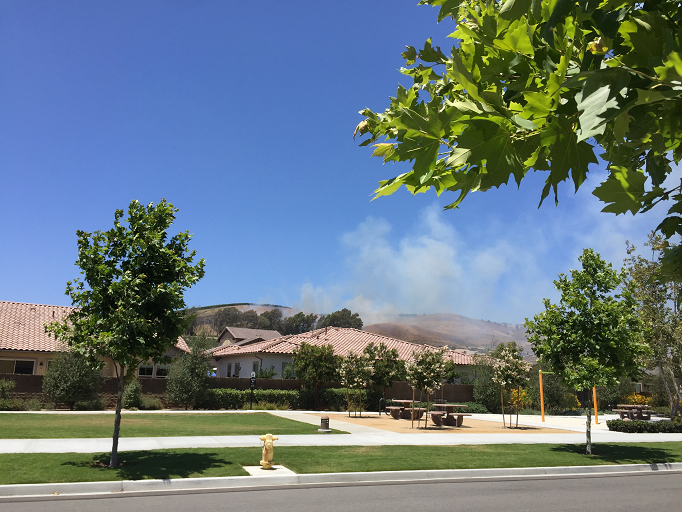 However, if you output a float4 from your shader that is

clamps values to be between 0 and 1:

So what happens, is that SrcColor gets clamped to be between 0 or 1 before the lerp happens, which makes the result much different: However, using pre-multiplied alpha changes things. The float4 we return from the shader is now

Our blend operations are now:

That makes the blending equation become this:

function changed to encompass the whole second term, instead of just SrcColor! That gives this result that matches the one we got when we did the lerp in shader code: This is what happens when doing the math in the forward rendered shader. You then write it out to a U8 buffer, which clips it and writes out a 1.0.

If you use alpha blending, it clamps the 10 to 1.0 before doing the lerp, which means that it lerps from 0.5 to 1.0 with a lerp factor of 0.2. That gives you a result of 0.6 which is VERY incorrect. This is why the HDR color blending to the U8 buffer didn’t work.

If you use premultiplied alpha blending instead, it clamps the 10.0*0.2 to 1, which means that it was 2 but becomes 1, and the result becomes 1.4. That gets clipped to 1.0 so gives you the same result as when doing it during the forward rendering, but allowing you to do it during a second pass.

This doesn’t just work for these examples or some of the time, it actually works for all inputs, all of the time. The reason for that is, the second term of the lerp is clipped to 0 to 1 and is added to the first term which is always correct. Both terms are always positive. That means that the second term can add the full range of available values (0 to 1) to the first term, and it is correct within that range. That means this technique will either give you the right answer or clip, but will only clip when it is supposed to anyways.

While I found this useful in a pinch, it’s worth noting that you may just want to use an HDR format buffer for doing this work instead of working in a U8 buffer. The reason why is even though this gives the same answer as doing the work in the shader code, BOTH implementations clip. That is… both implementations SHOULD be writing out values larger than 1.0 but the colors are clamped to being <= 1.0. This is important because if you are doing HDR lit fog (and similar), you probably want to do some sort of tone mapping to remap HDR colors to SDR colors, and once your colors clip, you've lost information that you need to do that remapping.

The red pixels below show where clipping happens: 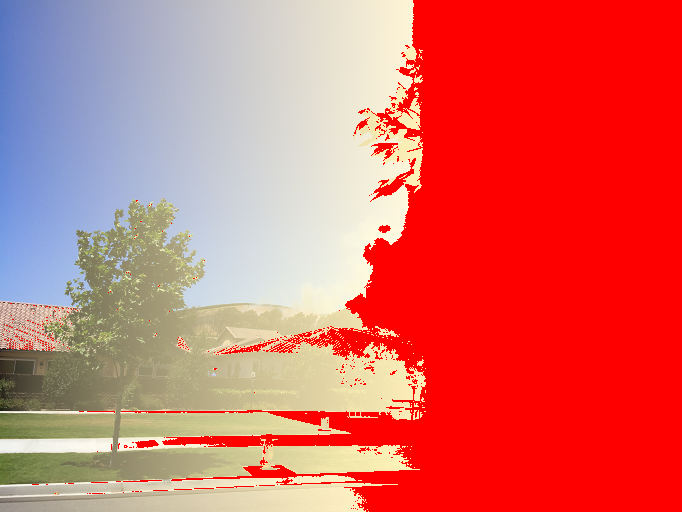 This entry was posted in Game Development, Graphics, Math. Bookmark the permalink.