Let’s zoom into the shadows on the ground:

The shadows of the circular platforms on the right are sharp, but get softer as they go to left.

Here you can see a similar effect with a light post, where the shadow is sharp on the left and soft on the right (click these images to zoom in if you want to):

And lastly you can see that the plants in this picture have a sharp shadow (and so does the curb), while the trees above it (out of the picture) cast a soft shadow: 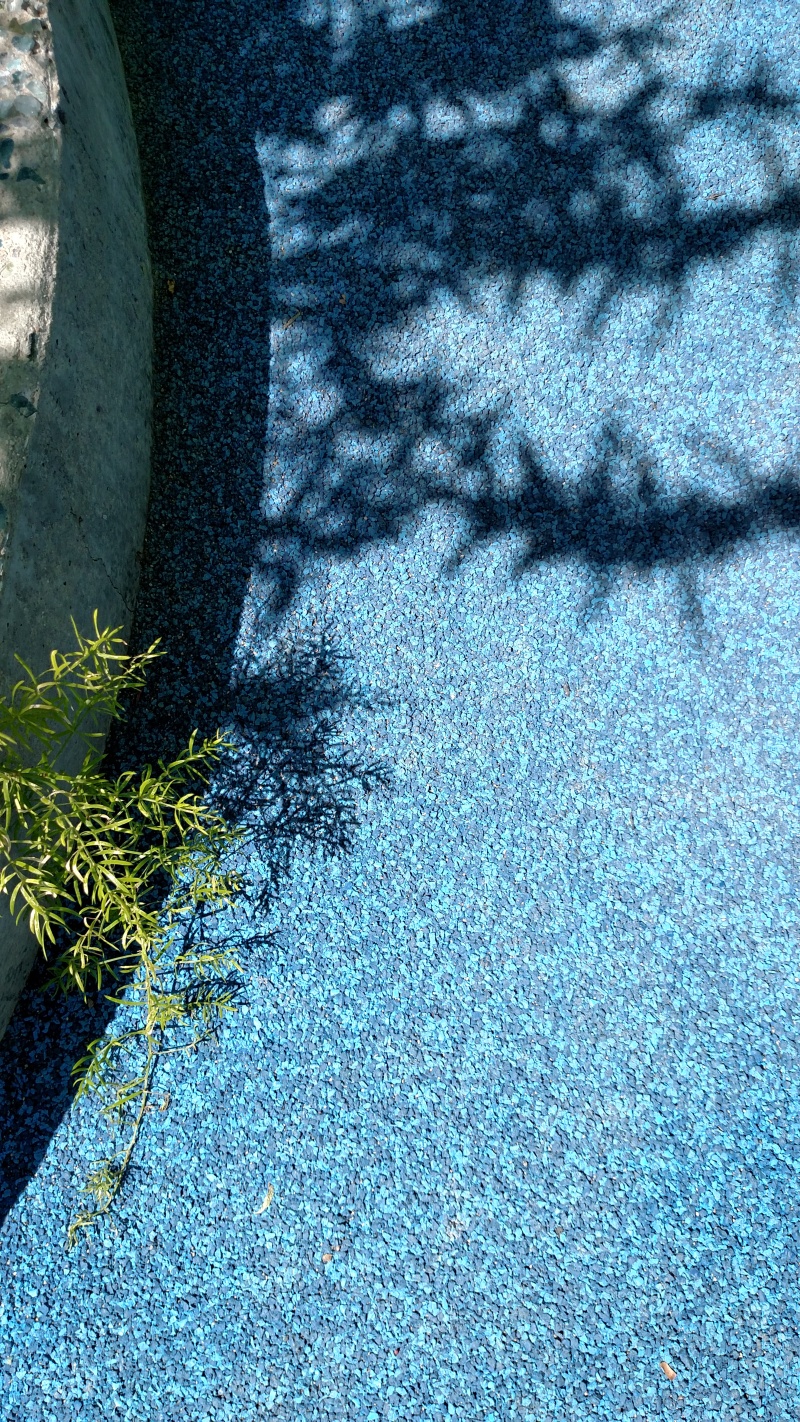 Go have another look at the pictures if you want (click them to see them full sized) and see how distance from the ground affects the sharpness of the shadow’s edge.

Why Does This Happen?

The reason this happens is actually pretty simple. Let’s look at the problem in 2d where we have a light source (the sun), the ground to cast a shadow on, and an object casting a shadow: 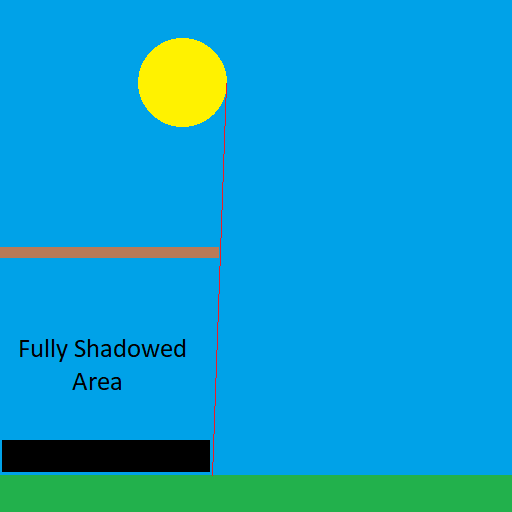 This leaves us with the area in the middle of the two where the ground can see some of the sun, but not the whole sun. This area is called the “penumbra”, which in latin literally means “almost shadow”. (You may remember the “pen” prefix from peninsula which is also latin, meaning “almost an island”) 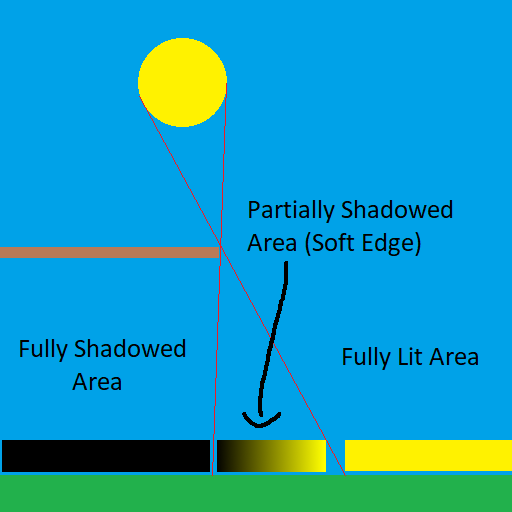 So the penumbra is where the soft edge of a shadow is, but how is this related to distance?

Here is the situation when the shadow casting (brown) object gets closer to the ground. Note how the penumbra is a lot smaller.

Here it is when the shadow casting (brown) object gets farther away from the ground. Note how the penumbra gets larger!

Distance isn’t the only thing that can affect penumbra size though. Here you can see that a larger light makes a larger penumbra.

Here you can see how a smaller light makes a smaller penumbra. 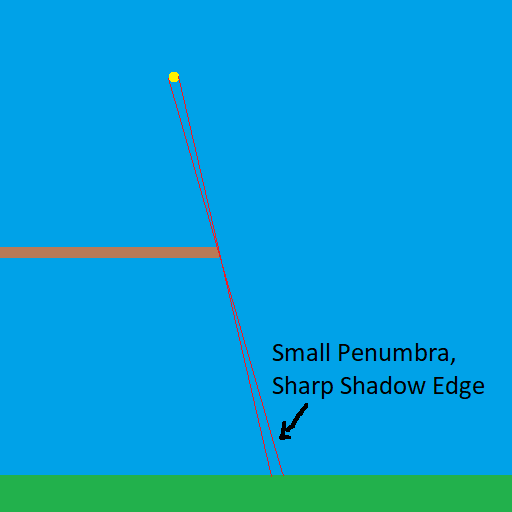 If you’ve never noticed this property of shadows before, you will probably never be able to un-see this.

This is what it’s like being a graphics programmer (or an artist, photographer, etc, I’m sure!) – looking at and understanding how things like this work completely changes how you see the world. Lately, everywhere I look, I’m checking out the reflections and thinking about SSR (screen space reflections). Just check out the cool reflections below, that you probably didn’t even think anything of when you first saw the picture! 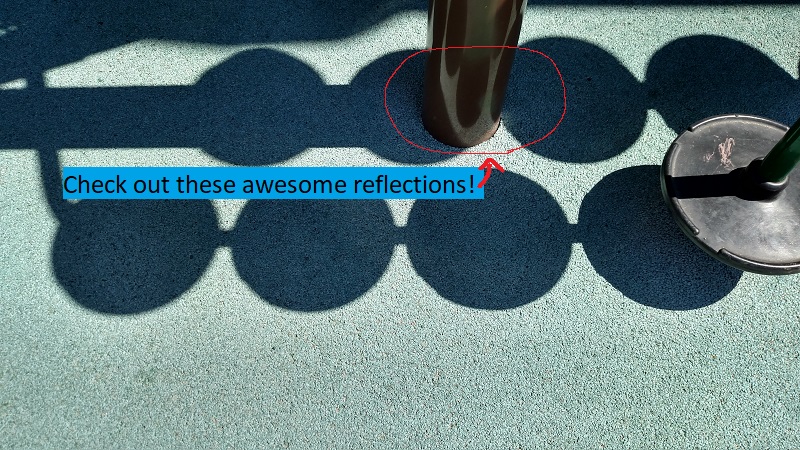 This entry was posted in Graphics. Bookmark the permalink.